The characters who run through Sophie Avon’s novel: The Beautiful Years , turned 20 in the 1980s but could just as well have them today, as the story told is both unique and lived by thousands of young people. people, to each generation: what this novel describes is the way in which youth falls into line and, in order to survive, gradually strips itself of its dreams.

They are called Sonia, Grégoire, Viviane, Laurent, Adèle, Willy, Paul or Lili; between them, very few things in common, except to attend, in the 1980s, the same theater class. And, over a decade, according to current events (election of François Mitterrand as President of the Republic, fatwa launched against Salman Rushdie, Lockerbie attack…), they cross paths, love each other, ignore each other, get jealous, give up. Behind their jaded air, they are all terribly romantic and fragile. They all arrive full of dreams at this theater school, convinced that glory awaits them, and surprised that no one is rushing to their door yet, that they have to run to the auditions: ” Why doesn’t Chéreau come to see him there?” And Pilat? And Rohmer? And Sautet? And Techine? “Or they are simply eager to escape from their family, even if, among the grown children they remain, loneliness is sometimes hard, and the family, so desirable, even if it would go through the necessity to ” relearn the gestures of love. They are politicized or not, like Sonia, whom we discover on the evening of May 10, 1981: ” She had not been brought up to worship community, had no sense of community, was never sure most people were right. She distrusted slogans and dogmas. She just wanted to get on stage and say lyrics written by other people because she had been taught the love of words. She only believed in that, the authors, the language, the thought inscribed in the verb.

But when you want to be a great actor, it’s very hard to have to face reality, like Laurent, whom everyone says is magnificently gifted, and who never stops questioning himself and destroy himself: “ At least with the stamps of La Grande Main de Faragaladoum he will be able to have the number of hours required to receive the allowances. Dirty business, he thinks. Why doesn’t the outside world look like the class where he is so happy? It’s the only place he feels at home. Because outside is life, with its cruelty and its dramas.

Then comes the time of disillusionment, of questioning; since dreams don’t nourish that much, since you have to live well, there is no other choice but to leave, to confront the routine, for example by earning a living as a secretary in a cabinet lawyers, or any temporary job that allows you to live a little longer. And, living in poverty-stricken maids’ rooms, having so little of their fill, having only their dreams to get them to get up in the morning, very few of them admitted the truth to themselves: ” At that time, I wasn’t aware that I was living the worst years of my life, but I was indeed living them. Or this other observation: She met so many people who toiled night and day and who remained in the shadows, never rewarded, always dismissed, as if success, even temporary, even fleeting, did not want them. »

Sophie Avon achieves this feat, with a polyphonic novel where the characters meet, seek each other and get lost, to make each of them endearing to us, to have pleasure or sadness in accompanying them a little and then to see them disappear. , when we would so much like to know more. So much this story of the 1980s is a story of every generation. 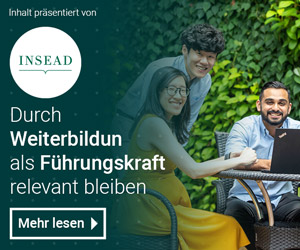